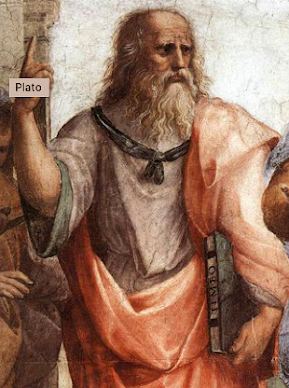 By Sam Piha
The ideas around social emotional learning (SEL) are not new. The importance of social emotional learning is built into many early and more recent youth development program frameworks. However, few know the history of the SEL movement.
According to Edutopia, “The roots of SEL are as old as ancient Greece. When Plato wrote about education in The Republic, he proposed a holistic curriculum that requires a balance of training in physical education, the arts, math, science, character, and moral judgment. ‘By maintaining a sound system of education and upbringing, you produce citizens of good character,’ he explained. 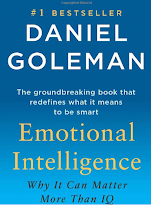 Preparing children to be responsible, productive, caring, and engaged citizens is a timeless pursuit that continues to be the goal of education today. How best to do this in our modern school system, however, is a relatively recent and still evolving area of study and practice, and it's the main question the SEL movement seeks to answer.
The concept of SEL was propelled into the popular culture in 1995 with a book by New York Times science reporter, Daniel Goleman. With support from Fetzer, Goleman published Emotional Intelligence: Why It Can Matter More Than IQ, in which he argued that character matters and, more significantly, the skills that build character can be taught.”
“The history of the social and emotional learning (SEL) movement is the story of a simple, but powerful idea: What if education fully supported the social, emotional, and academic development of all children? Beginning in 1994, to address this question, CASEL was formed, growing from a small conference in New Haven to partnerships across the country and an audience around the globe. Since then, CASEL has served as a leader of the global movement and a trusted voice in the rapidly growing SEL field to make SEL an integral part of education.” - The Collaborative for Academic, Social, and Emotional Learning (CASEL)

THE CHALLENGE OF SEL FOR TEENS “Social and emotional learning approaches used with young children are unlikely to be effective with teens. As part of their natural urge to become independent, teenagers often will disengage from programs that directly teach skills. Using SEL programs that make teens feel valued. How can an SEL solution instill these feelings among a discerning teenage audience.” - Professor David Yeager, University of Texas,  Austin

In Why High School SEL Programs Feel ‘Lame'—and How to Fix Them, author Stephen Sawchuk writes “The big problem, researchers and practitioners say, is that too much of what constitutes SEL learning feels patronizing to teenagers and fails to address their core psychological needs and motivations.
Programs that explicitly teach SEL skills generally have a good track record for younger children. But for older students, the paradigm looks different. It’s less explicit and requires creating leadership opportunities—formal and informal—where students will have to exercise their relationship and self-regulation muscles.”
According to Professor David Yeager, a developmental psychology researcher at the University of Texas in Austin, “as part of their natural urge to become independent, teenagers often will disengage from programs that directly teach skills.” He suggests using SEL programs that make teens feel competent, autonomous, and valued.

Integrating mindfulness activities into youth programs to benefit young people and educators has been a very popular educational concept. It appears in the literature on emotional regulation, trauma-informed practice, social emotional learning, grief-responsive teaching, and other leading topics. Youth who engaged in mindfulness activities report a greater sense of optimism and well-being, and a reduction in depression, anxiety, stress, and anger. They also benefit academically. Mindfulness activities are also a valuable “self-care” strategy for teachers and afterschool staff, and these activities can be tailored to be used in staff meetings.
Integrating Mindfulness into Afterschool Youth Programs: A Mini-Course (2 hours) will teach the basics of mindfulness and provide multiple opportunities to experience its benefits through practice. It will provide attendees with hands-on training to support the integration of mindfulness activities in afterschool, curriculum, teaching tips and other tools. This mini-course will also include implementation examples as well as the challenges and benefits of integrating mindfulness into afterschool programs.
To learn more and register, click here.