Angela Duckworth’s "grit" has captured the imagination of educators, youth program leaders, and policymakers alike, leading many to agree that we should seek to cultivate grit in our youth. According to The Character Lab, grit is correlated with success and defined as "perseverance and passion for long-term goals”. It was further popularized by author Paul Tough (How Children Succeed: Grit, Curiosity, and the Hidden Power of Character, 2012) and others.


Like others, we have written a lot about grit in our LIAS blog. But others have called on us to look more closely at the notion of grit and how it intersects with issues of bias, poverty, inequality, deficit thinking, and race.


"Educational outcome disparities are not the result of deficiencies in marginalized communities' cultures, mindsets, or grittiness, but rather of inequities."

- Paul Gorski in Reaching and Teaching Students in Poverty


We believe that we can think more deeply about grit by reviewing these writings below:


Afterschool programs are now a part of the community landscape. Afterschool has been around for over a hundred years, making important contributions to families and the larger society.

This next year, under President Trump, federal support of afterschool is again threatened. According to our partners at the Afterschool Alliance:

“President Trump’s budget calls for eliminating federal funding for local afterschool and summer programs. If the funding is not maintained, nearly two million children and families would be left without reliable afterschool choices.

More than 19 million families want and need more afterschool and summer learning opportunities. For every child in a program, two are waiting to get in. Closing 10,000+ afterschool programs will hurt families and children in every part of the country.

You can make a difference: call on Congress to protect funding for afterschool and summer learning programs.” 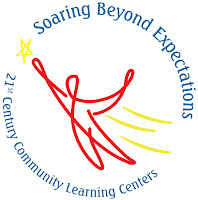 According to the Trump Administration budget summary, the justification for eliminating the 21st CCLC is, “This program (21st CCLC) lacks strong evidence of meeting its objectives, such as improving student achievement.” Research has shown that this is patently untrue.

The Afterschool Alliance has made it easy to tell your representatives in Congress to stand up for the programs America's children and families rely on. CLICK HERE

Afterschool programs are now a part of the community landscape, with over 10.2 million young participants. Few are even aware that afterschool has been around for over a hundred years, making important contributions to families and the larger society.

Afterschool professionals, numbering over 850,000, are often not acknowledged. But we can change that! Afterschool Professionals Appreciation Week is April 22-26.

According to the National AfterSchool Association (NAA), “this is a joint effort of community partners, afterschool programs, youth and child development workers and individuals who have committed to declaring the last full week of April each year as a time to recognize and appreciate those who work with youth during out-of-school hours.”

There are a number of ways organizations, schools, parents and program leaders can recognize and appreciate afterschool workers: 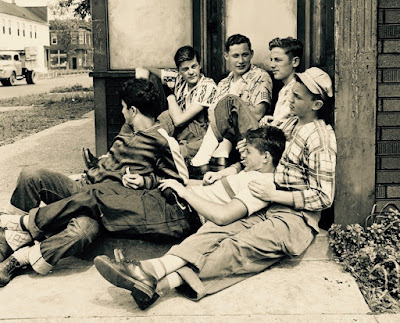 Join in the celebrations and display your appreciation of afterschool professionals who make a difference in the lives of young people. NAA has developed a toolkit and a number of ideas for AfterSchool Professionals Appreciation Week.

Ivan Garcia is a youth activist in Oakland. We first heard about Ivan’s work through a program by a local NPR station. This program was later turned into a brief video. At the How Kids Learn VIII conference, Ivan was a presenter and panelist on the subject of youth activism.

We interviewed Ivan and some of his responses are below.

Q: How did you become active in social causes?

A: I first became involved in 2016, following the Presidential Election. All my classmates and I felt that we needed to speak up and use our voices to share our opinions. I took it upon myself, to create a class video, titled “Dear Mr. Trump” which is a video of our opinions, fears, and hopes for President-Elect Donald Trump at the time. The video has now garnered over 4,000 views and it served as a way for me to connect with many young people who felt as though their voices weren’t being heard.

Q: What are you doing currently?

A: Currently, I serve on the Oakland Youth Commission, serve on the Youth Advisory Board for Youth + Tech + Health, and am an intern for Mayor Libby Schaaf. The Oakland Youth Commission is a group of young people who advise the City Council and Mayor on issues affecting youth in Oakland. With that also comes the task of writing policy and doing lots of outreach to community groups. Youth + Tech + Health, is an organization that provides mental health and sexual health resources to young people all around the world, especially developing nations. Most recently, I helped with a text campaign they have going on in Honduras currently, which tackles the issue of teen dating violence. Lastly, working with the Mayors office, I have a chance to hear from many constituents and learn the inner workings of City Hall.

“I love Ivan. He's a leader. I can't wait for him to sit in my office. And I mean be the mayor. He's going to be an amazing mayor.
And maybe [to Ivan] you're going to bring your talents to some better pursuit besides politics. Whatever it's gonna be, it's gonna be amazing. And you always do it, Ivan, with love and respect.”

Q:In your view, why is youth voice and youth activism important?

A: Youth activism, in my view is crucial as it gives young people the opportunity to have their voice heard while expressing themselves in a way that is unique. Being an “activist” can be anything from being an artist to working with lawmakers to create policies that will benefit all people. It also equips youth with many skills that are essential, such as networking, organizing, public speaking, and much more. It’s important for young people to feel as though they have a say in the policies that will affect them in the long run.

Q: What advice do you have for afterschool programs who want to provide opportunities for youth to become actively involved?

A: I would tell afterschool programs to give students the freedom to try different methods of expression. Don’t limit a young person’s perspective and provide safe spaces where they can feel free to be themselves. Creating an environment that encourages truth and honesty can go a long way for young people who want to be active in their communities. Furthermore, I think it’s important to note that adult allies, should support the work of young people, but not take over and determine the way that work should be done. That should be done by the students, themselves. Lastly, bring people in who are doing this work as an example to motivate other students. It’s not a competition, but it’s one way that students can often see what’s possible when they think about more than just themselves.

Q: What activities and issues do you think youth are most interested in?

A: Most recently, I think youth have been invested in gun violence, given the many incidents that have rocked our nation. Following Parkland, many young people created groups and organizations that are still doing meaningful work in their communities. Some other areas of interest for youth, I think are: criminal justice reform, sexual assault and harassment, and education (especially in places where schools are underfunded and under resourced).

Q: Looking ahead, what are your plans for continuing your activism?

A: To be honest, I’m not quite sure what plans I have next. Lately, I’ve taken a step back from some of the work I was previously doing and have engaged in deep discussions with many of my peers. It’s been humbling to be in spaces with people my age, discussing things that matter to us. I hope to continue to touch the hearts of people along the way and work on a project that helps all young people find what it is that they love to do and are inspired by.

------------------------
Ivan Garcia is a freshman at Head-Royce School in Oakland. Ivan is a member of the Oakland Youth Advisory Committee. He played a key role in the March for Our Lives Oakland rally and is a Youth Ambassador for Litterati, an app that makes it easy for anyone to create an environmental impact around the world. Ivan is proud to be a part of the LGBTQ+ community. He hopes to inspire others to love themselves for who they are and fight for a better tomorrow.

Thinking Outside of the COVID Box: Re-Imagining Summer Camp

By Sam Piha With the COVID-19 restrictions, we knew that Summer programs would be heavily effected. One organization quickly responded wit... 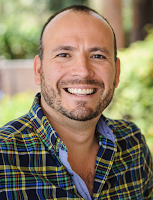