History of Youth Civic Engagement and Activism in America

According to the Afterschool Alliance, “The afterschool field is an essential partner in ensuring that all children have the ability to participate in immersive, relevant, and hands-on civic engagement opportunities.” Not only are civic engagement strategies participatory strategies, they contribute to the positive development of youth and the health of our democracy.

We are continuing to post a series of blogs to inform and encourage expanded learning programs to start infusing civic engagement and activism in their afterschool program. In this blog we offer a brief overview of the history of youth civic engagement and activism in America. NOTE: There are many program resources on the topic, some of which are detailed in our paper, Youth Civic Engagement and Activism in Expanded Learning Programs. You can view previous blogs from this series here. We also conducted a webinar on this topic which can be viewed here. 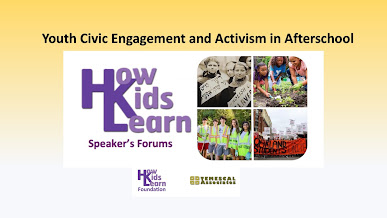 Recent events in the news such as mass shootings and police violence led to youth participation in the March for Our Lives and the Black Lives Matter movement, calling for greater awareness and policy changes. Also, the growing degradation of the environment and climate change has inspired youth led actions.

Youth civic engagement and activism began in the mid- to late nineteenth century when young people began forming labor strikes in response to their working conditions, wages, and hours. In 1908, Mary Harris “Mother” Jones organized the first youth activism in the U.S., marching 100,000 child miners. Youth activists went on to advocate for a number of issues, including voting rights, school desegregation, immigration reform and LGBTQ+ rights.

Because young people often have the desire, energy and idealism to do something about the injustice they see in the world, they are powerful agents for change.”  - Marianne Stenger

We asked historian, Gordon Alexandre, to give context to young people participating in civic engagement and social movements in America. He responded, “Let’s define “young people” to include young adults. They have been the main participants in social justice movements. Most of the activists in the civil rights movement were young. MLK was in his mid-twenties when he burst onto the scene in 1955. The feminist movement and gay empowerment movements were also led by young people. Later on, the environmental movement of the 1970’s and after, the anti-World Trade Organization movement of the late 1990’s and early 2000’s, and Occupy Wall Street of 2011 were all youth driven.”
at December 13, 2021