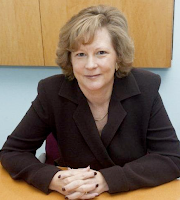 It is important that afterschool professionals understand and participate in the discussions surrounding recent ideas and concepts in improving young people’s learning. A number of recent developments support expanded learning time, both in school and out-of-school. For example, the Chicago school system recently announced its plans to extend the school day by 90 minutes and the school year by two weeks, beginning the 2012-13 school year. Education Week's reporter Christina Samuels has more on Chicago's new plans in her August 23rd article.

Additionally, four states each received $50,000 grants to develop a plan that integrates expanded learning opportunities (including afterschool, summer, and extended day and year programs) in their education systems. The grants are awarded through the Supporting Student Success: The Promise of Expanded Learning Opportunities initiative, which is sponsored by the C.S. Mott Foundation. For more information, please click here.

In light of these recent developments advocating expanded learning time, we offer a two-part interview with Jennifer Davis, President and CEO of the National Center on Time & Learning, on Expanded Learning Time.

Q: Do we have any research that speaks to the benefits of incorporating Expanded Learning Time into the school day?

A: Perhaps the strongest body of evidence on the relationship of time to higher outcomes comes from the field of charter schools, 60 percent of which operate with a day and/or year longer than the national average. In a study to understand why middle school students in four Boston charter schoolsAmerican Institute of Research significantly outperformed students in district middle schools, the reported that one of the major structural differences between the two types of schools was their hours of operation. Boston charter students attend school for more hours per day and more days per year on average that together add an extra 62 traditional-schedule days per year.

An even more compelling piece of evidence that expanded-time schools have more success in promoting high achievement springs from a study by Stanford University researcher, Caroline Hoxby, of the charter schools in New York City. She performed a multivariate analysis of the association of school policies to student outcomes revealed that, among charter school students, those who attended schools with a significantly longer school year performed better than their peers in charter schools with years of more conventional length. Indeed, the length of year was one of the strongest predictors of student outcomes among a number of school policies identified. Most charters in the New York City study with a longer year also feature a longer day so those two features should be considered as a unit.

Also, the schools in Massachusetts have, as a group, outperformed a matched cohort of similar schools without more time. Our state affiliate in Massachusetts, Mass 2020, produced a report with more details.


Q: The Learning in Afterschool (LIA) project is promoting approaches that ensure learning experiences that are active, collaborative, meaningful, support mastery and expands young peoples’ horizons. Can you describe how these principles are aligned with how you view Expanded Learning Time?

A: In one way, ELT is not as much about promoting a particular vision of learning experiences, but, instead, about affording educators the opportunity to realize their own vision more fully. Time is a precious resource for educators, but it is not the finished product or the destination.

That said, those who believe in the power of time to change education also believe that the kind of learning imagined by LIA is simply not possible within the confines of a traditional school day and year. Teachers and students are typically expected to cover a wide range of topics and, thus, are too pressed for time to build in educational elements that rely on collaboration or move beyond the “talk and chalk” pedagogical approach. A whole-school re-design, built upon a platform of expanded time, enables educators the opportunity to introduce fresh methods of teaching and learning. We are seeing many examples of hands on learning, deeper science experimentation, mastery around music and the arts across a number of expanded-time schools which align very well with the LIA vision.

Q: There are those who say that kids who are most at risk for academic failure should be spending their extra learning time in remediation activities, and can do without activities that incorporate the LIA principles. How would you respond to these comments?

A: There is no doubt that many children simply need more time on task. There is just no way around the fact that some children need more repetition and exposure to certain content before they can become proficient. And, yet, one of the key benefits of having more time is actually building in a more methodical approach to addressing individual student learning needs. Known as Response to Intervention, this approach calls for first assessing student learning deficits and then building in regular supports to help students overcome those deficits. With more time, schools are able to schedule those sessions, not as pull-outs that mean students will miss core class time, but as separate and targeted lessons that all students participate in.

Additionally, as noted above, ELT is as much about providing students a well-rounded education as it is about helping every student to achieve proficiency. More time enables this goal to be met. The most successful schools we have studied often provide extra academic support with teachers and on top of that engaging enrichment programming in the same subject often provided by a community partner.

Q: You’ve been a longtime advocate for expanding quality learning opportunities for all children. What do you view as the major threats and opportunities in the decade ahead?

A: We just released a report called Learning Time in America which details these threats and opportunities, but, briefly, I would say there are two fundamental threats and at least three key opportunities.

As for the threats, the first – and most obvious – is money. It is difficult to add more time without spending at least some additional resources. These resources are definitely not proportional to the time added – meaning that increasing time by 30 percent, for example, costs nowhere near 30 percent more – but in a time of tightening public budgets, getting policymakers to commit more money to expanded time is a tougher sell.

A second threat is more subtle, but, in some ways, more difficult to overcome. This is the misperception that more time means just “more of the same.” At NCTL, we know that more time, done right, acts to stimulate much more “out of the box” thinking about education. But, for those who hold a dim view of schools now, overcoming that bias that giving “poor quality schools” will only mean more money wasted, is a challenge.

Initiatives are underway in district schools, including Houston, New Orleans and Pittsburgh. Indeed, it has become nearly the default position of school reform in urban districts that more time is a necessary condition that must be built in to the model. In Pittsburgh, for example, the district added a summer program a few years ago that really focuses on engaged, fun learning, rather than just “drill and kill.”

This is what gives us the most hope: for those who believe that public education has the potential to prepare all students for college and career, more time has become a key lever of improvement. It is impossible to predict how many more schools will break from the confines of the conventional—and outdated—American school calendar in the coming decade. What we do know, however, is that those who are able to add time and to use it well will find their efforts rewarded with rising proficiency and a richer, fuller education for students. It will be important, however, for those who believe in the LIA principles to be at the table as these new school designs and policies unfold to help traditional educators think “outside the box” and redefine the boundaries of what constitutes a quality education.
-----------------------
Jennifer Davis is the President and CEO of the National Center on Time & Learning, an organization created in 2007 to advance the issue of time and learning nationally. For the past 20 years, she has held numerous positions at the federal, state and local levels that are focused on improving educational opportunities for children across the U.S. Below is the second part of our interview with her.
at August 17, 2011