At Oakland Leaf, all of our programs incorporate the practice of Cyphers. We believe in the power of people's stories and life experiences regardless of how many years they have been alive.  There is a collective wisdom that exists and needs to be honored. When we practice Cyphers, or community circles, the benefits are immense. I have seen the culture of a 100 person program change for the better in less than a month by creating the space and putting in the work to Cypher. The benefits of this practice include increased familiarity with people's stories, empathy building, idea sharing, harm repair, healing for the individual who is hurting, and compassion building. The additional value add for our Newcomer youth is that they get to practice their English in a low-risk environment.

Cyphers are used as a space to do intentional community building in the form of having a discussion on any topic.  The Cypher is meant to serve as an emotionally safe place for each participant to say their piece without interruption or judgment. Youth have very few venues where they can speak their truth without interruption, let alone without judgment. Make sure that if chairs are used, then everyone must have a chair. If you are sitting on the floor, then everyone sits on the floor. Everyone should be able to see each other. Sitting in the circle diminishes hierarchy and overall power dynamics. Everyone is equal.

There has been mention of some intangible components of the Cypher such as the discussion, the shared values, and emotionally safe space. However, there are tangible components, too. They include: a centerpiece where youth may focus their attention; a talking piece that can be brought by the facilitator or made by the group; and something from nature (a plant, glass/bowl of water) to remind us that we are connected to the earth. I have seen youth bring a toy or a picture of their families to the circle as an offering to the group during the Cypher.

Cyphers are encouraged to happen at least once a week and many of our programs calendar them in so that youth know when they will occur. The values of the collective are held throughout the Cypher. I would encourage you to have youth share a value they bring to the first few Cyphers.  People do not have to speak but are expected to hold the talking piece for 5-10 seconds before passing the talking piece.  If there are people absent on the day of a Cypher, then a place is still held for them in the circle.

For those considering to integrate the practice they should:

The more often you practice having a Cypher, the easier it gets. Youth will come to expect it and for many of our youth in Oakland this is the only part of their day or week where they can speak freely. Honor each other’s voice and experiences.
--------------


Johanna Masis majored in Religious Studies at UC Santa Barbara and did her graduate work at Holy Names University in Teaching English as a Second Language (TESL). She started her career as a high school teacher and later joined AmeriCorps. She taught abroad in Japan and has, since then, dedicated herself to promoting creative ways for youth to learn in different capacities. Johanna first joined Oakland Leaf in 2013 and is currently the Program Director. She completed the CalSAC LDI 360/365 fellowship in March 2016, and she has since been an advocate for the powerful, learning experiences and network opportunities the fellowship provided.

By Sam Piha Over the past two decades afterschool programs have invested in equity issues around digital access. We have built and expanded ... 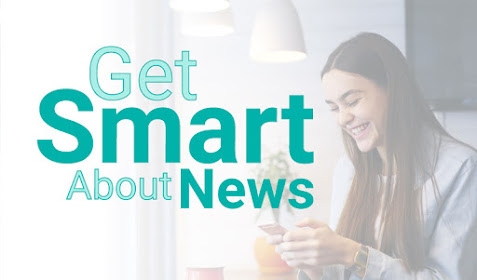