This year, the San Francisco Beacon Initiative is celebrating its 20th anniversary. I had the privilege of serving as Managing Director for the initiative for six years. During that time, I had the opportunity to learn alongside Milbrey McLaughlin, Jim Connell, Michelle Gambone, Connie Dubin, Sue Eldredge, and many others. 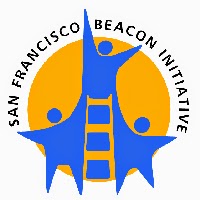 Lastly, we can thank the Beacons for helping to school Michael Funk, long-time Director of the Sunset Neighborhood Beacon Center, who is now the After School Division Director at the California Department of Education. It is important that we note that the Beacons are rooted in youth development. They came before 21st Century Learning Centers, ASES, and the academic agenda to raise test scores. Even though they embraced the academic agenda with grace, the Beacon Centers were, first and foremost, always youth development centers.