The Top 5 Women in STEM Making a Difference – Coding Edition

In 2012, to celebrate International Women’s Day, I decided to span the internet and find the Top 5 Most Influential Women in the Data Center Industry. After hours upon hours of research I finally found the top 5 women who would make my list. However, through all that research, what I really discovered was actually a complete lack of women being represented in tech companies! Sure, there were women on almost every executive team but they held the position of Marketing, Human Resources, or Legal Counsel and not the positions which would enable them to make innovative products or technological decisions that would influence their company and the world.

This concerned and perplexed me – if women made up half of the world, why were there so few in science, technology, engineering, and mathematics (STEM) related companies?

Turns out, women truly are underrepresented – only 25% of IT jobs are held by women. Then again, this statistic should not surprise us. The young women of today are not always encouraged to consider a career in STEM; only 10% of all girls say their parents encouraged them to think about an engineering career (Harris Interactive for the American Society for Quality, 2009). Thankfully people are starting to take notice. In February 2013, President Barack Obama stated, “we’ve got half the population that is way underrepresented in [STEM] fields and that means that we’ve got a whole bunch of talent… that is not being encouraged…” (White House Correspondence, June 2013).

Fueled by the words of President Obama and the real women in STEM, leading thought leaders have come up with a solution: jump-start girl’s interest in STEM subjects, boost the percentage of women scientist and engineers, and give great prominence to strong role models. This is “… not just the right thing to do, but the smart thing to do,” (White House Correspondence, June 2013).

We, as a nation, must continue to encourage our young girls to get involved in STEM related fields and support them in any way possible. The women spotlighted below are doing just this. These women have taken the issue of underrepresentation of women in STEM fields head on by creating programs and nonprofits that encourage and give young women the opportunity to learn and discover their own STEM-related passions. This article is to celebrate their accomplishments and that of other women working within the field who are inspiring young women around the world.

Before founding and becoming CEO of Girls Who Code, whose mission is to inspire, educate, and equip girls with the computing skills to pursue 21st century opportunities, Saujani was the former Deputy Public Advocate of New York City. In this position, Saujani was responsible for bringing together public and private sectors to encourage entrepreneurship and civil engagement across NYC. In 2010, Saujani became the first South Asian women to run for Congress but by 2012, when she founded Girls Who Code, she shifted her focus to closing the gender gap in STEM education. In just one year, Girls Who Code expanded into 8 programs in 5 cities nationwide.

For her commitment in making it ok for girls to “fail fast, fail hard, and fail often,” we salute you!

Hurst is a self-proclaimed “advocate of coding for humanity.” Over the last 4 years Hurst has been founding and developing non-profit organizations and programs that use technology to make the world a better place. As a computer programmer, lifetime girl scout, and social entrepreneur, Hurst has made a difference in the world as co-founder of Girl Develop It, a judgment-free learning opportunity focused on results and supporting women teaching and learning from one another, founder and CEO of CodeMontage, which empowers coders to improve their impact on the word, and founder and organizer of Developers for Good, a NYC-based network of technologist who meet monthly to share social impact opportunities, guide nonprofits, and make the world a better place.

For her commitment to encouraging young women to get involved in coding and for adult-coders to make a difference in the world, we salute you!

For John and Leavitt, creating Hopscotch, an iPad app designed to teach kids how to code, just made sense. The first of its kind, this free app teaches kids the fundamental components of programming languages.  Although both John and Leavitt work within the tech industry, they did not even consider programming as a career until after college. This late exposure to the programming world fueled their drive to create a project-based learning tool that will help inspire and encourage young women to get involved with programming earlier rather than later in life. So far, their concept is work. Hopscotch was the winner of the 2013 “Parent’s Choice Gold Aware for Mobile Apps” by the Parent’s Choice Foundation and the 2014 KAPi Award for “Best Educational Technology.”

For their commitment in teaching the youth, at an early age, to solve problems through coding, we salute you!

Bryant is the founder of Black Girls Code, an organization dedicated to empowering girls of color to become innovators in STEM fields, leaders in their community, and builders of their own future through computer science and technology. Since her college days, Bryant has first-handedly experienced the dearth of African-American women in the STEM fields. Feeling that the problem is not a lack of interest but rather a lack of exposure and access, Bryant created Black Girls Code to create a big impact in the smallest demographic represented in the STEM-related fields. In 2013, Bryant was honored at the White House as a “Champion of Change for Tech Inclusion” for her work in encouraging the next generation of innovators.

For her commitment in expanding the minds of young women, regardless of background, we salute you!

In 2011 Payne founded Ladies Learning Code, a Canadian not-for-profit organization that runs workshops for women (and men) who want to learn computer programming and other technical skills. Since then, Ladies Learning Code has grown into over a dozen cities and continues to educate youth in a social and collaborative way. Beyond her work with Ladies Learning Code, Payne spent a year working on a project for Mozilla Foundation where she was responsible for building a community of people and organizations in Toronto who care about raising youth as creators of technology and the web. Payne is also the CEO of HackerYou, one of only a dozen programming boot camps in North America founded by a woman, and she operates a 7000-square foot digital literacy education facility in downtown Toronto called The Lab. She was also recently named one of Canada’s “Top 100 Most Powerful Women.”  To sum it up, Payne is one of the forces behind the Women in STEM movement in Canada.

For her commitment in fueling the next generation of tech entrepreneurs we salute you!

Samantha Walters is the Vice President of Online Strategies at Colocation America. While getting her B.A. in Sociology from the University of Arizona, Samantha started working as a Social Media Consultant for a nonprofit organization. This experience led her to pursue a Master’s degree in Social Entrepreneurship and Change from Pepperdine University.

Today, she is involved in branding a LA-based tech company, Colocation America, into new markets and forming new strategic partnerships by conducting and analyzing internal and external evaluations. She also spearheaded her company’s Corporate Social Responsibility by developing a strategic plan resulting in numerous partnerships between Colocation America and Los Angeles based nonprofits. These partnerships have led to innovative STEM programming for young adults in the greater Los Angeles area.

Recently she was welcomed onto a nonprofit board for an afterschool program in LA, Big Up Kidz. There she helps with fundraising efforts and evaluations.

When she is not in the office or aiding Big Up Kidz, she can be found on the basketball court teaching young girls how to play. When basketball is out of season, Samantha is spanning the globe helping nonprofit organizations make an impact in the online world.

By Sam Piha We are continuing to post a series of blogs to inform and encourage expanded learning programs to start today infusing civic eng... 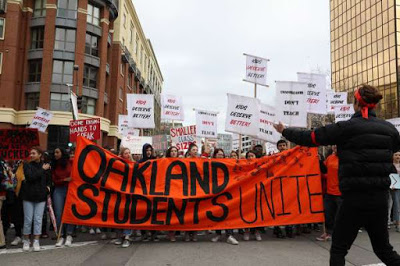