The field of youth development lost an important leader and friend recently when Richard Murphy passed away at 68.

When I served as the first director of the San Francisco Beacon Initiative, Richard Murphy was an important mentor to me. As many people on the west coast may not know, Richard was a pioneer in New York City opening public schools in the afternoons and evenings to serve as neighborhood community centers for youth. He called these centers Beacons.


One of the many lessons I learned from Richard was "when windows of opportunity to serve large numbers of youth open, don't think you have to have it all figured out. Jump through the window and you'll figure out how to land on the way down." This was very reassuring as the San Francisco Beacon Initiative represented an "open window", which many of us jumped through. I was reminded of this advice again with the launching of California's afterschool initiative that was funded by Prop. 49.

The youth development and the afterschool movement owes a great debt to the creativity and courage of Richard Murphy. His passing is an important reminder that we all stand on the shoulders of leaders who came before. For a full obituary, click here. To read a fine remembrance by Karen Pittman (Forum for Youth Investment) and access other articles about Richard, click here.

The Art of Distance Learning in Afterschool

By Sam Piha Source: www.level.medium.com While the decisions about re-opening schools and afterschool programs are still in process, it... 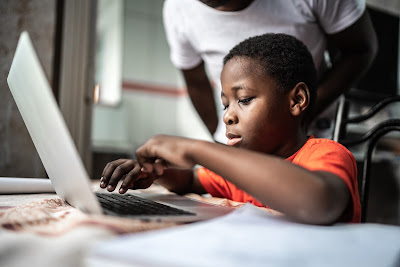