During the month of March we were selected for the great opportunity of going to Sacramento for two days to attend a conference and meetings on afterschool programs.

On Monday May 21st we arrived in Sacramento around 10am. Much of the conference was led by high school youth, who were Learning in Afterschool & Summer Youth Ambassadors. We were introduced to what we would be covering over the next 28 hours. We also were given the opportunity to see the people behind the event, CalSAC. In this meeting we heard other people share their afterschool program stories, their afterschool achievements, and the importance of these programs. In the meeting we also covered the budget cuts that the assembly members and senators were discussing. The woman in charge of the meeting explained to us how it was being considered that those who have a low income would only have the opportunity to participate in afterschool programs. This was ruled unfair because then the kids who do not come from a low income family would not be able to have the afterschool experience, and just because they don’t come from a low income family does not mean their parents can afford to put them in afterschool care.  During this meeting, we discussed that we were going to be marching to the capitol. 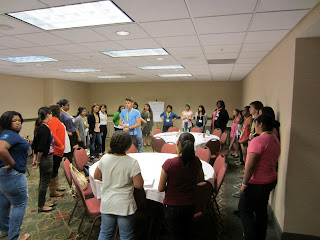 After our group meeting the youths were separated from the program leaders to discuss what they would be doing the following day. We met with kids from other schools and programs from within the state of California. In this meeting with our fellow students we were able to learn a little bit more about the big impact that afterschool programs have on children.  Many of the programs were just beginning their journeys at the schools within their district. Even though all the programs had different names, they all stood for one purpose – to provide a safe environment for which kids can receive help and at the same time enjoy themselves.  Speaking to the others kids and sharing our experiences at our schools and in our programs gave us knowledge on how important these programs are to them and their schools.  The impact that these programs have had on these students within these schools is apparent. For example, there was a student from the LA County who had a classmate stabbed at the beginning of the school year. The afterschool program provided the students with the emotional support they needed in order to overcome the fatality. Because of the afterschool program the students were able to be more aware of their environment and realize there is a safe place available for them. Later we were informed of the next day events, where we would meet the staff members of the senators and assembly members. We would discuss issues about the afterschool programs and how crucial it was to maintain program funding and prevent budget cuts.

The next morning we discussed how we would approach the issues to the government officials. We were separated into groups in our districts so we could all relate to each other and the staff. We went over their profiles in order to get a better understanding of their background in comparison to ours. Then we were appointed certain jobs and had the task to choose which one we could most relate to. Based on that, we came up with separate stories in which we told our own experiences at the afterschool program. After this we were led in a rally with an elementary school marching band ahead of us. We marched to Capitol Hill, and stood in front of the capitol with posters and leaders surrounding us. We then went inside ready to tell our stories and how afterschool programs have a great importance in our lives. We spoke to about six staff members such as, Chris Corgas representing Curt Hagman from the 60th district, Mary June Flores with Roger Hernandez from the 57th district, and lastly Annabel Snider representing Ed Hernandez from the 24th district. All of them were considerate of our issues, some more than others. We had the opportunity to get their contact information and invite their senators to meet with us at our school in the near future.

Overall, it was a very good experience that would have not been available if it wasn’t for the THINK Together program (our after school program) and the Learning in Afterschool & Summer project. This trip really helped us realize that afterschool programs have made a great impact in our lives and other student’s lives. It has impacted our futures and has guided us on the path to success. As young adults we tend to take things for granted and this was an experience for us to share with others, the importance of afterschool programs. We expect our program will continue to prosper even after we’re gone and it will continue to make Azusa High School a better place.

Source: USC By Sam Piha Sam Piha We know that when asked, older youth say they are most interested in acquiring the skills needed to get a j... 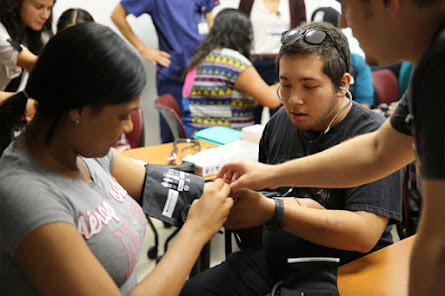