Afterschool Ignored in the 2020 Political Conversation

The election season is upon us. As a researcher in the field of education, I pay close attention to the ways education and youth development are discussed and framed on large policy platforms. This year, I have noticed one area consistently neglected in these high-profile discussions: educational settings that care for school-aged children and adolescents beyond the school day. These spaces are often referred to as afterschool programs, out-of-school time, summer experiences, or extended education.

This year, the Democratic candidates have largely focused their talking points on health care, immigration, trade, and gun violence with education in the periphery. When education came up in the first five debates, the most discussed issues were universal pre-K and tuition-free public colleges and universities. Some candidates also argued for raising teacher salaries and increasing funding for low-income students and schools.  But every family in this country has to figure out what to do when school is out and how to pay for high quality and safe environments for learning and care.


Some Democratic candidates have more detailed platforms that include expanded learning opportunities. For example, Bernie Sanders has proposed spending $5 billion annually to expand summer and afterschool programs and youth centers in particular. Elizabeth Warren’s platform includes investing $100 billion over ten years to restore and implement in-school and out-of-school programs. Amy Klobuchar also has had a record of speaking up in favor of increasing access to afterschool programs and community hubs. On the other side of the political aisle, President Trump’s campaign platform does not specifically mention afterschool programming, but his administration did attempt to cut the only federal funding stream dedicated to afterschool and summer programs (21st Century Community Learning Centers) on three occasions.

I believe that out-of-school time should be treated with the same attention as current education hot topics like pre-K and college tuition costs. Often times, when politicians debate over resource allocation or ways to increase the quality of education, they focus on the start and end of a child’s educational journey (i.e. universal pre-school and college access). This approach often overlooks the many opportunities that could be improved upon in elementary, middle, and high school years. For example, the three months of vacation between each school year can lead to “summer slide,” which denotes the loss of academic gains during the summer months when young people are often less engaged with academic material.  Also, the opportunity divide during the summer between children who grow up in poverty and those who have affluent parents is enormous.

Candidates in any party would be well-served by putting more emphasis on this topic. Unlike debates surrounding healthcare or gun regulations, it is not a matter of taking away or replacing something, but rather about the expansion and supplementation of new programs. There are more than 30 million families with children under the age of 18 in America, with the majority being employed. The workday does not correspond with the school day and that is a very serious matter. Many of these voters are in essential primary and swing states and know whether a leader takes their situation seriously. Ultimately, this is a low-risk, high-yield topic, and it’s time to give it the deserved place on the debate floor. If you don’t discuss your plan, you will be seen as being out of touch with a very significant need of every family in our nation. READ MORE

.............................
Gil Noam, Ed.D., is the founder and director of The PEAR Institute (Partnerships in Education and Resilience) at Harvard University and McLean Hospital. The PEAR Institute is a translational center that connects research to practice and is dedicated to serving “the whole child-the whole day.” An Associate Professor at Harvard Medical School focusing on prevention and resilience, Dr. Noam trained as a clinical and developmental psychologist and psychoanalyst in both Europe and the United States. Dr. Noam has a strong interest in translating research and innovation to support resilience in youth in educational settings.
at January 14, 2020

By Sam Piha Source: www.icavictoria.org Providing opportunities for youth to reflect on and express their thoughts and feelings are a ... 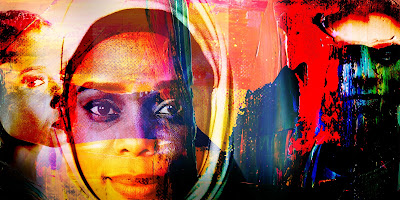